First Half Day to St Austell

We leave home preceded by my usual OCD checks round the house. On the way to pick up the Captain I am heartened by the fact I bump into local Rob Brasington hitching a lift into Winchcombe. Last time I did end to end 6 years back he was the first person I saw (some 10 miles away) in Cheltenham after exiting the Inverness Cheltenham over nighter at 8 in the morning. I see this as a psychological upper and feel more than gratified to be giving him a lift. The journey to Lands End is peppered with normal man and wife of 30 years bickering. This is normal practice in the Workman household and the way I like it.
Sarah is accompanied by her lovely friend Lizzy as they are using the delivery of the cyclists as an excuse for a jolly in deepest Cornwall. The Captain and I are honoured to hear stories of days gone past when she Nannied for the famous Roger Daltrey. He indeed sounded just as nice a bloke as we had imagined it to be.
As we passed by Camborne I am reminded of my good friend Roger Bridge    who studied the art of Tunneling there but sadly has recently suffered a stroke at a very premature age. He is recovering in fantastic fashion and we all root for this continuance. Get well soon Rog!
The weather is friendly, as we move south we are greeted with blue skies and the prospect of a long voyage becomes even more exciting.
Arrival in Lands End ( what a shithole) and I'm pleased that the 6 pound parking charge is wavered on the fact we are End 2 Enders. The tandem is already a celebrity and strange people take pictures of us-we should of course be pleased but they're pissing us off. The girls chaperone us as we insist on the obligatory start photo. Kisses and cuddles and bye-byes - 'Be safe' and all that stuff. I sense the captain is restless and keen to make the move. With the 123 off we go. I survey the Devon stone walling and consider whether like the Gloucestershire version it was built by Artisans or created by a stray bomb.
We have a favourable tailwind the sun is shining and the captain declares that the 'Gods are with us' Looking behind I see the flag of St George flying strongly. Buzzards rise on thermals, we can smell lavender in the hedgerows, we are happy to be on our way. We both inhale autumnal air and I sense the captain like me is  feeling that sense of freedom that only the tour brings.
'Somethings rubbing my arse'declares Capitano - I assure him it's not me and then noticed the brake that I have been offered to give me a sense of importance has moved during transit. As we press on through Devon I am reminded that climbing is unavoidable. We press on to Truro which was a supposed destination end for the day. However as always after a cup of hot chocolate and a study of accommodation we decide to push on to St Austell. 'Its only 15 miles we agree' . Punished for our greed arrival comes some 24 mile later thanks to the wisdom of Garmin mapping. The captain is less than happy with himself. Rolling into St Austell in The dark and unable to find our digs we are offered a welcome bonus as a plainclothes police man escorts us personally to our refuge. Both suffering from coughs and sniffles we sink a few pints and retire with haste to the pit. One problem-there is a karaoke downstairs and would be popstars are echoing unearthly sounds. If it continues for much longer there is a strong possibility that I will go down and pull the plug.
We didn't crack on until 130 today and finished on 60 miles and around 5000 feet of climbing. Tomorrow we cross the moor and hope to be in Exeter by the evening.
Over and out Captain and Stoker x 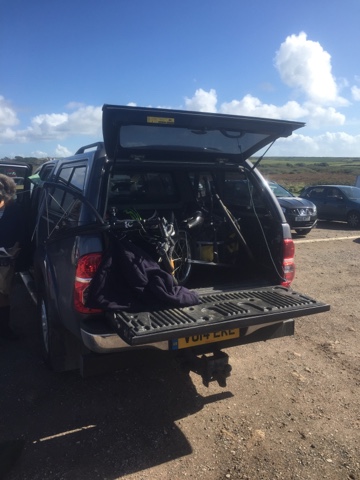 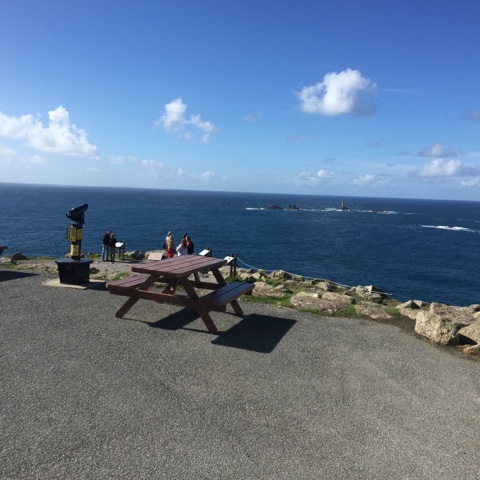 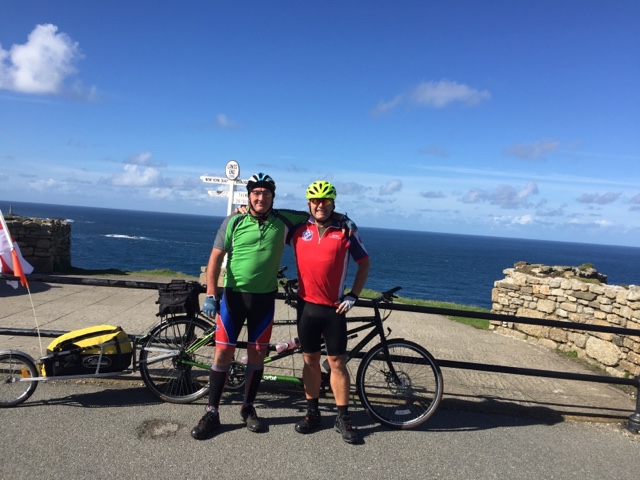 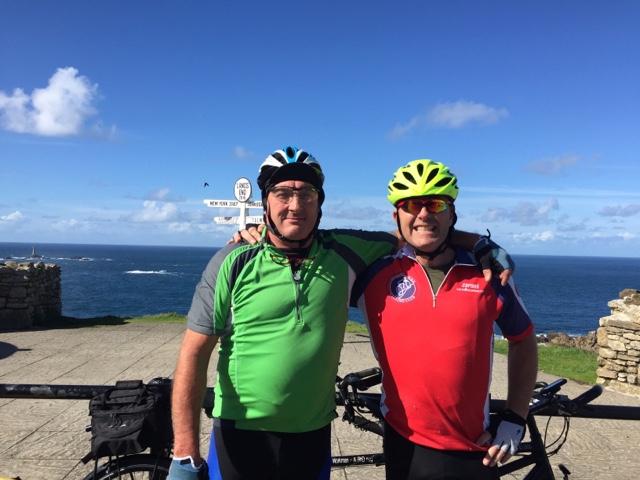