St Austell and over the Moor to Exeter

We are awake this morning to violent sky's. I am less than happy with the digs-  The karaoke last night was unbearable but my phone call to reception must have been successful as it all shutdown 11 o'clock. I asked the Captain how he slept? 'Like a log cock' wehe replies. Nobody sleeps through that and I suggest that perhaps the autumn lurgy is having an effect on him. The cough is not getting any better and I wonder whether we should get the same doctor that Bradley wWiggins had to give him those drugs that make you better before a big ride????????
We have the full English breakfast and whilst perusing Facebook we notice that we have invited for pasties en route at Frans Pantry at Lostwithiel. This is the business of Susie and Nelly Bayliss (ex Winchcombe) we leave the hotel and head for our first stop where we eekare treated to rhythms mind and a free pasty for sustenance later in the day.
On the way I am heartened to find the captain has left his bottles in the hotel. It's good to know that even ' the perfect' don't get it right all the time.
The feeling of being close to the coast is is enanced  by the squawking of seagulls  and once again the tour feeling is rampant. We are more than lucky with the weather and all the violent storms that seem to be apparent throughout Cornwall  appear to be missing us.
The tandem again is manifesting itself as a complete celebrity. We get friendly thumbs up from the cars, we get smiles from pedestrians and we even get a crack on boys from a loud hailer out of the car window whilst climbing out of  Liskard.
I consider the effect the sight of two big blokes on a tandem has on the general public - it seems to offer a persona similar to that of a re-enacted late Tommy Cooper. It just makes people smile.
Stopping for coffee in Callington we have trouble shaking off the proprietor. The captain informs me 'it's like being with Lorraine - you both attract all the idiots'
The captain is not one for smalltalk and his disdain is obvious as I do my best to offer polite conversation.
We blow on to Tavistock taking on the Gunnerslake Hill out of Cornwall on route. This is followed by the crossing of Dartmoor - The weather is now becoming unpleasant and we rug up to suit. After relentless climbing we stop for a hot chocolate and consume Suzies pasty at what was claimed to be the third highest pub in England and also offered a log fire that they suggest has not gone out since 1816? (Bullshit we agree)
A chill could be setting into the bones and we are keen to make Exeter as soon as possible but the climbing keeps coming. This is the 3rd time in three years we cross the moor but we are pleased heading for the first time north with the sought after tail wind. As we ride through thundery showers we are greeted by rainbows and in an attempt to dismiss the coldness and climbing I sing as many songs as I can think of that have been written with the subject matter of rain. (In my head of course)
The climbing today has been brutal - it was in planning our biggest climbing day of the tour and we still have green touring legs. We are  out of Cornwall and the worst of Devon now - my Garmin is reading less elevation than Capitano but apparently if your on the back you don't climb as high????
Only 72 miles but 8740 feet so pleased to have it cracked. (The trailer is like pulling away from an elastic strap when you hit the climb) We now head towards the flat lands and hopefully will be in Chepstow tomorrow.
Great digs and Captain approved - grooming him steadily for the forthcoming Union!
Over and Out - Food and a welcome sack ( The Tourists)
(PS  Also just had Aunty Tina's Jess drop in for a drink with us at Digs as per piccy!!) 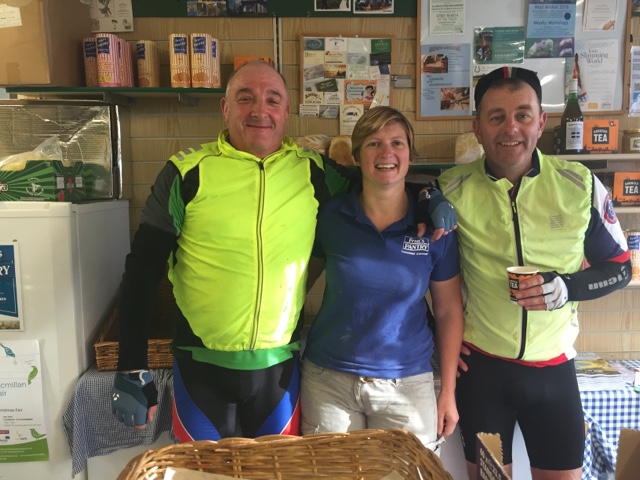 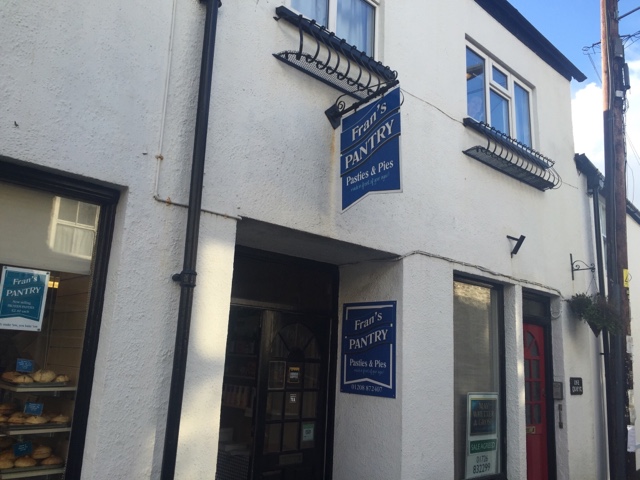 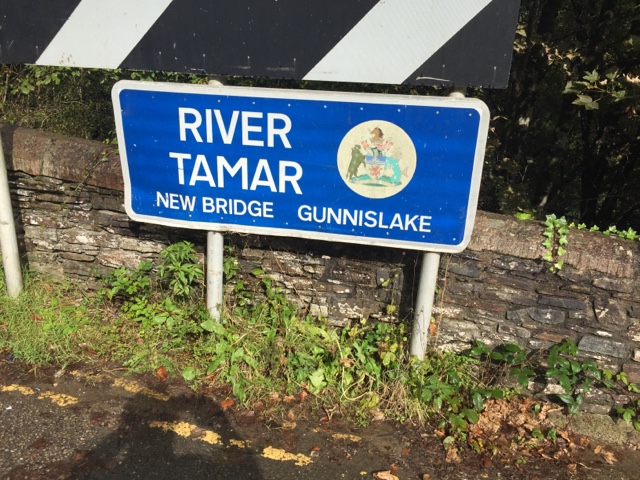 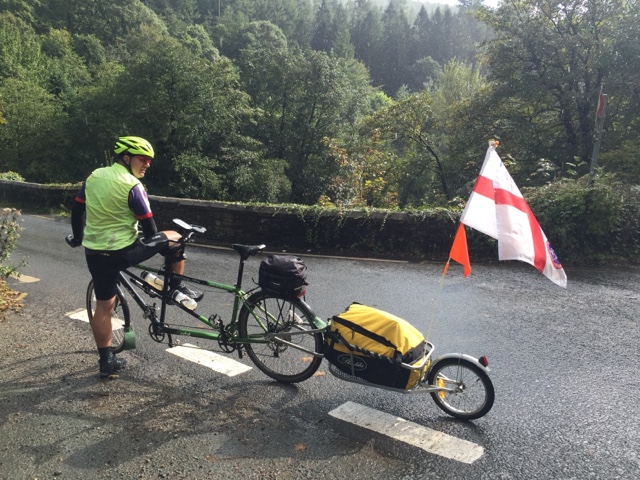 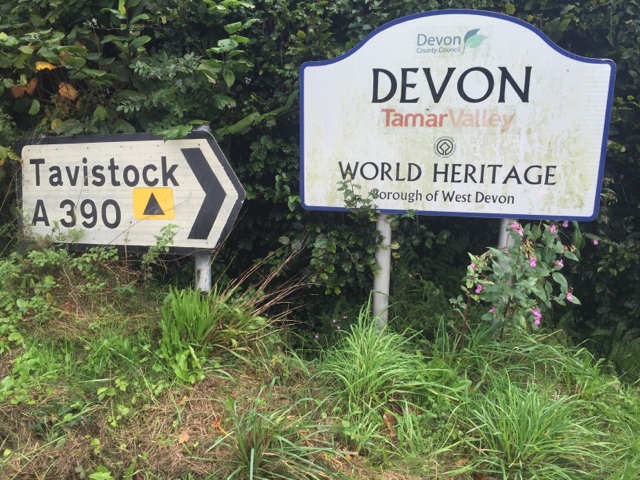 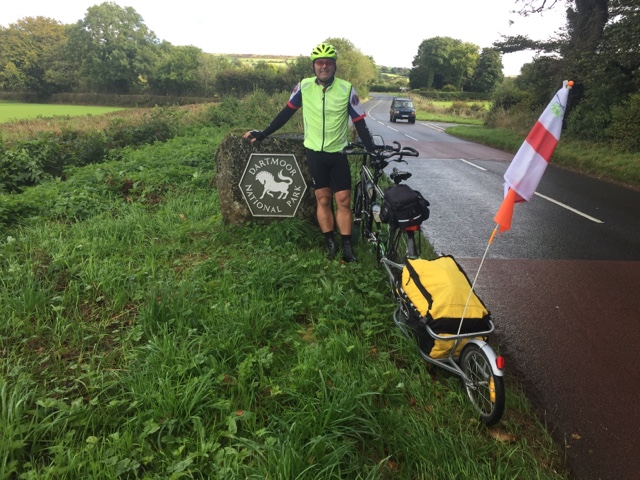 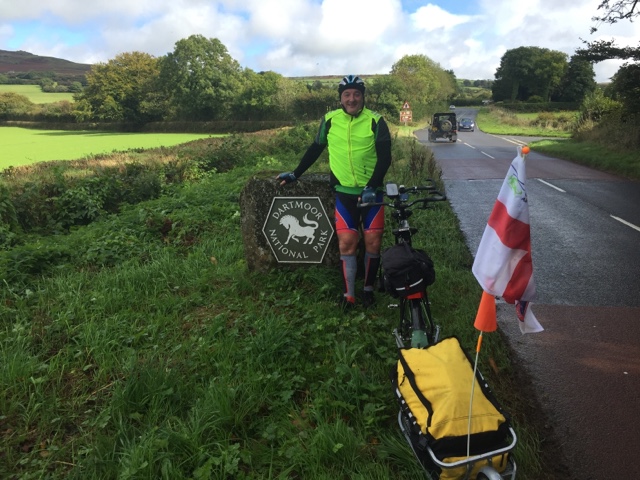 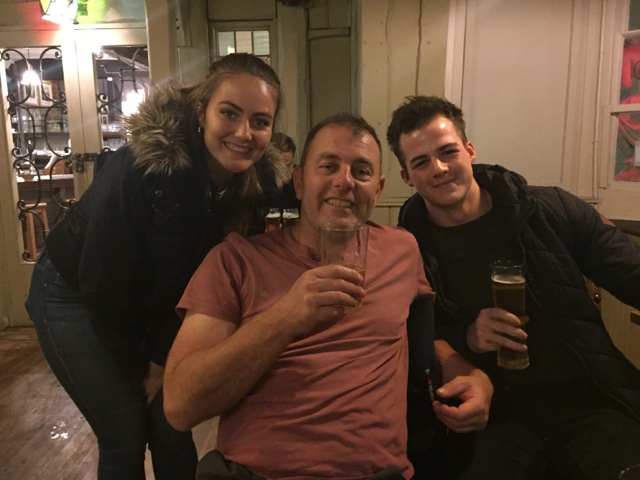