Ayr to Lochgair Via Arran

Last nights meal was rushed as the early planning meeting had overrun. All good but we were asked by our waitress about 20 times if everything was OK. It was a struggle to eat with any fluency and in the end I started to suspect if it was dodgy and she knew something we didn't?
We are out of bed early and rugging up in the dark to make the 9.45 crossing from Androssen. We witness Ayr waking up as we exit the town - seagulls fighting over last nights human litter and the day's first scavenge. Shadows lurking behind curtains as Friday comes to life.
The road takes us towards Irvine and on the horizon some monster Soviet looking social housing blocks. It all looks sad and the inherent poverty is evidenced everywhere. In quiet reflection I think about the lottery of life and how lucky I was to enjoy the childhood and parenting I received in a geographicly unbeatable location ( Thanks Mum and Dad!!) - enough of that I've now had my moment.
We leave Irvine on cycle path 7 heading for the Ferry Port - it's a fantastic route following the river and Irvine becomes a distant memory.
We fly round the Coastal path and arrive in Androssen where we have half hour to spare before departure for a greasy. It costs next to nothing. The Captain exclaims ' Getting married up here could be a mistake - when she finds out how cheap it is she'll be relocating'. Justifiing the statement he describes his wife to be frugal. (Frugal was my word - he used a synonym but it was two words)
Onward to the Ferry and we meet the lovely Heather whilst in transit - She is taking her Mum for a car ride round the island she digs straight into her pocket and gives the Captain a fiver for Air Ambulance. We also meet a mad mountain biker called Willy who bought a telephone exchange in Arran. He explained it was just four walls but it gave him access to his own playground. I am inwardly envious
Arriving in Arran we head North on a fantastic coast road with a world class climb into the hills where we meet Dave and Dave. They look like hardened tourists and we exchange photos at the top . Dave is from Carlisle touring the highlands - when we discuss my Preston experience he smiles. 'The best thing about Preston is it makes Carlisle look good' - we approve of his humour.
We complete with time for lunch at the Ferrry Port to take us off Arran ( well I say Ferry Port it's more like a chicken house with a jetty) For lunch we tuck into some leek and potato soup. I mention in passing that Sarah liquidises hers. The Captain snaps back 'Lorraine pours hers out of a tin' We have had many chats about her love of the culinary art and we chuckle like little kids without further input.
On and off another ferry we are back on the loch strewn mainland - heading north the breeze is again on my back. We discuss the conditions we have ridden in. ' You couldn't have booked it that good' claims the captain. I endorse his thinking and we push on silently enjoying another dream day.
Riding on to Tarbett along the A83 we notice there is a wrestling evening in the Village Hall tonight and agree that we wouldn't be missing much not being there.
The road is rolling but following the water line of the loch and we make good progress to our digs tonight in Lochgair. We hit it lucky here as everywhere seems busy. It's run by an ex garage owner from   Somerset and we strike up a good repor with him. He's opinionated but they are on the whole good opinions.
Another great day and with island hops. 89 miles and nearly 3500 ft climing. We reflect on the fact that only a week back we were in St Austell and tonight we are camped out beside a Scottish loch - as always it seems like a flash and a dream but it's been a good dream.
Hopefully tommorrow in Fort William
Over and Out - The Idiot Magnets xx 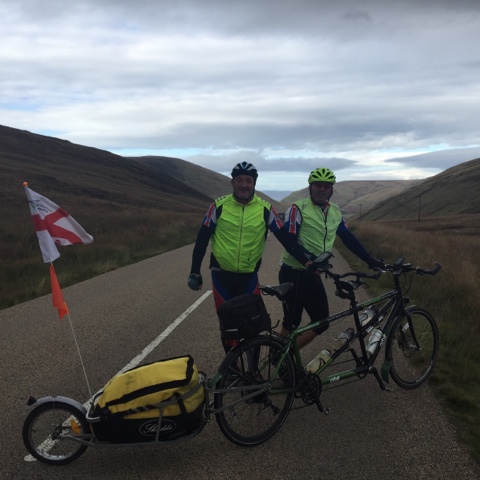 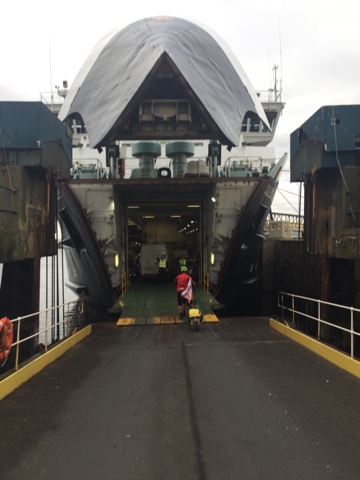 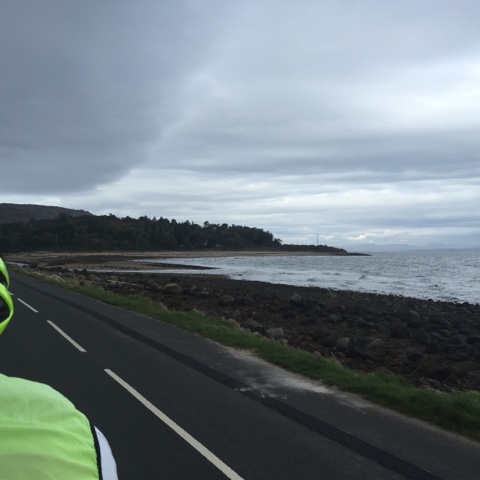 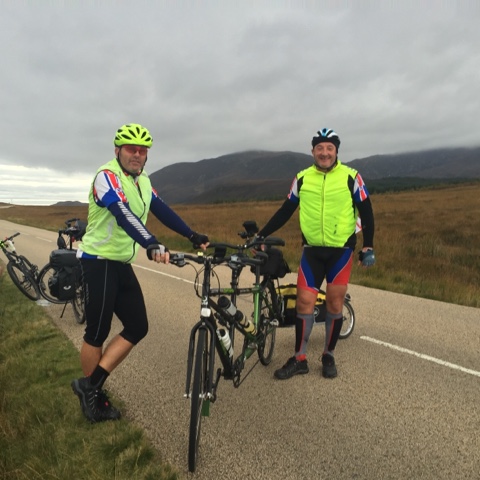 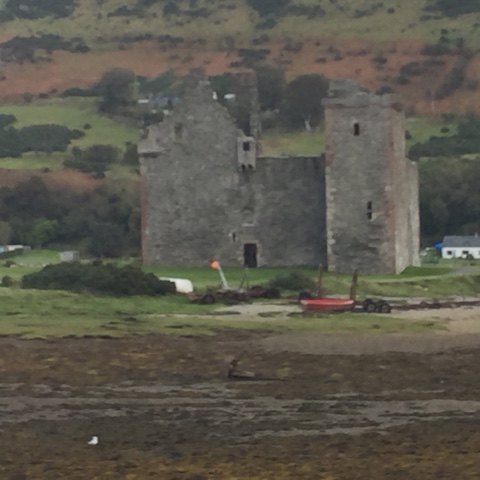 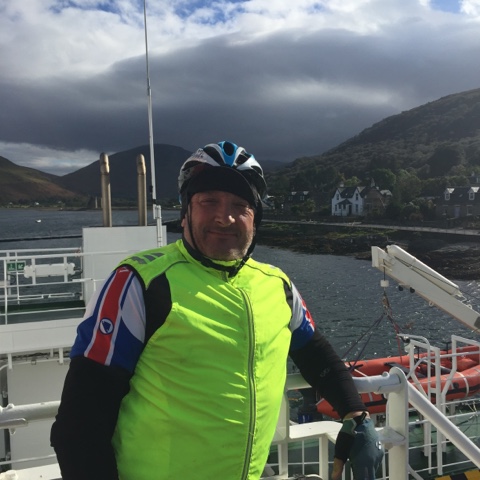 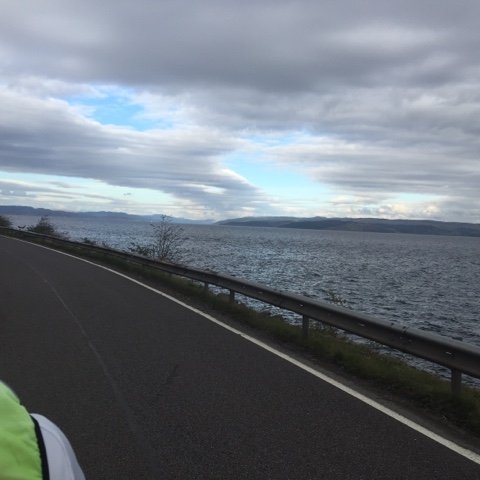 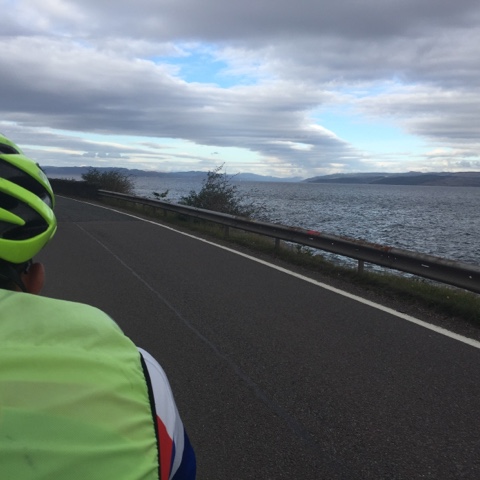 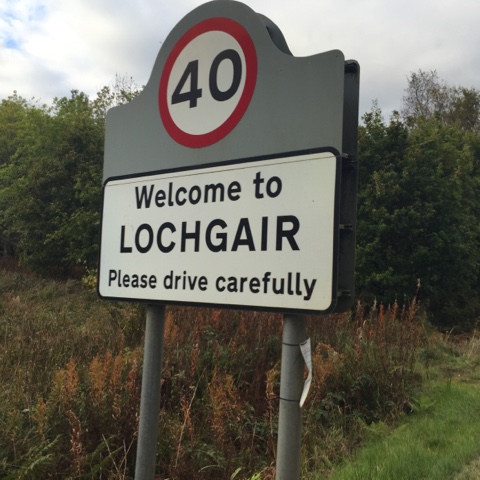