Shrewsbury and up to Preston

Waking up to the usual routine of shower, deep heat, brush teeth, chamoix cream etc I listen to our prime minister elect being interviewed. Some of the this debate was about EU exit - most of it was about her shoes. I conclude that I am even less keen on Piers Morgan and I was before the start of the tour.
Down for 7.50 it's the captains turn to pay as I enjoy the obligatory flirt with the receptionist. Off we go and I am accused again of having my Lorraine like idiot magnet on again after we fly past a lone pedestrian who asks us where the cheap car parking is?
Stopping at Wem for breakfast and pressing on towards Warrington via the 49 we enjoy handsome tail wind and the weather we are becoming used to.The little niggles seem to be dissipating and the legs are surely becoming tour fit.
As we ride I suggest innocently that we could stay in Blackpool for the evening? After being Informed that this was where the captain enjoyed his stag night from a previous life I judge that this move would be unethical?
We move on to Warrington in fast fashion-well sort of fast fashion. As fast a fashion as you can towing a trailer with content not disimilar  to a dead body.
In Warrington a stop for coffee is interrupted by an unusual character to say the least - he seemed to take a shine to us. Again The captain gives be that 'you've done it again look' and disappears for an ablution.
Today is part of the journey that wouldn't be the prettiest. We are in northern country now - Bargain Booze, News and Booze, Pencil mini skirts,   Lots of make up, Glamour Paws, Brand labels How are ya cock? Alright Pet etc etc. It's different and it feels different but I love it. Once in this part of our country there is a genuine warmth from the populous and something that's sadly missed in our stiff upper lip land of of the South.
We stop in Ashby in Makefield to scrounge some tools from the cycle shop for brake adjustment and the use of his spear pump. I suggest afterwards to the captain that he would never of made a dentist rich? We agree with a chuckle. The spear pump lacks calibration accuracy and a few miles later the side wall bulges on the rear tyre. Struggling to Wigan we drop in at ML cycles - he can't help us and directs us to another shop but still insists we have 5 pounds for the Air Ambulance in Northern Style
The captain is now wise (it comes with age) and is happy to pay for the most expensive tyre, this would be in general against the grain - The memories of budget maintenance à la Lisbon last year are obviously still firm in the memory. Our host Tom at Allens cycles fits it for us as well. Thanks Tom!!
We have made 86 miles again today and some 3700ft of climbing. We had a lot more relaxed today but with a day spare before the girls arrive to join us early next week we are in no rush. Good to be finished early in the afternoon and have a relax. The plan is to maybe soak up the spare day island hopping in the Western Isles. Carlisle plus tomorrow?
Over and out- The Tandem Team. 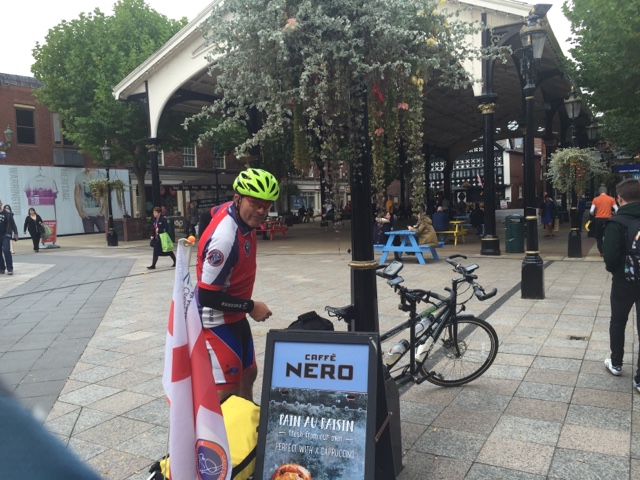 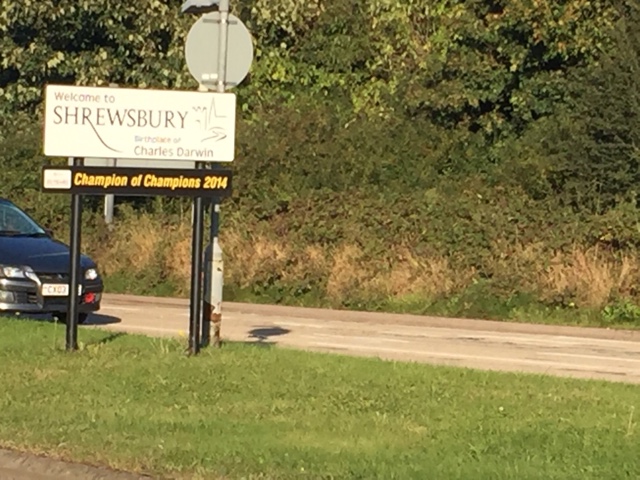 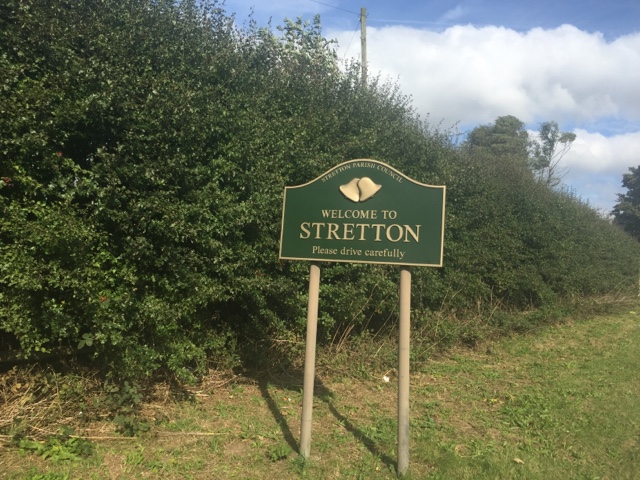 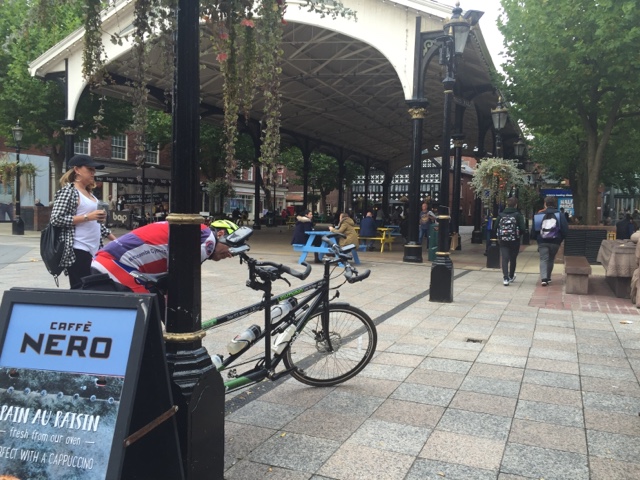 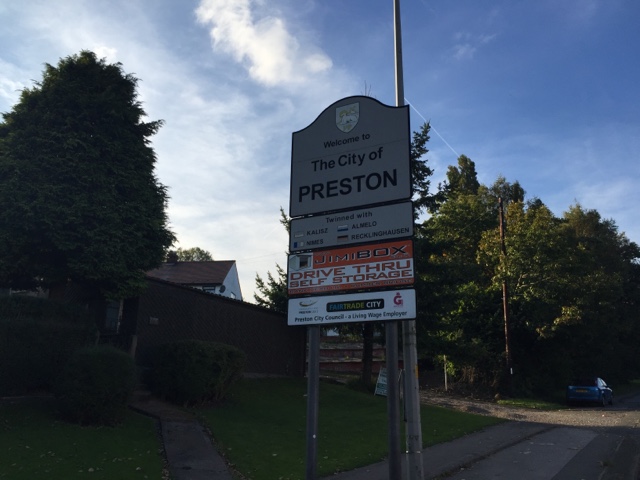