Brief stay in Wales and up to Shrewsbury

Last night we stayed in the Castle View Hotel - it overlooked the Castle.
The choice of cuisine last night was Indian and the captain was more than pleased to find out after we had ordered that they had run out of lager. 'We have cobra non-alcoholic lager' proclaimed the waiter. I propose to him that this could be compared with serving Ribena without blackcurrant but it appeared to go over the head?
Three days of eating, drinking, cycling, getting up, going to bed at the same with the captain means our bodies have synced in terms of their functionality. Sharing a bathroom at 'The View'proved problematic this morning. I woke up and rushed to the bathroom  with something significant waiting in the departure lounge. With the captain already claiming the white throne the wait was close to untenable.
Being unable to purchase breakfast we crack on towards Monmouth leaving our stop still sleeping and room keys on beds.
There is a good enough climb out of the town and what felt like a liberating Autumn chill in the air. As we reach the highpoint and head down towards the mist of the  Wye Valley, The Stoker respectfully requests the bigger chain ring and we accelarate off towards Monmouth at pace feeling invincible. It's chilly and in many places the mist dampens what would be a beautiful view
We arrive in Monmouth and soon discover Henry's Cafe. After some smalltalk we find out Henry is coach Henry Turner of Lydney RFC and his son Brett (ex England before an unfortunate injury) has played with and knows many mutual friends. We enjoy one of the finest breakfasts yet (pictured) and with the gift of flapjack for later off we push towards the end destination Shrewsbury.
The sun is shining and once again that feeling of freedom and anonymity  enthuses the Stoker as he goes about his business.
The climb out of Monmouth to Hereford is scattered with little cottages that have been built just below the road height and they sit pretty as we continue with our accent
The cooked breakfast from Henry's proves ample for the rest of the day and we fuel on snacks and hot chocolate at regular intervals. Passing through Leominster, Ludlow and then a great climb through some lanes to Church Stretton. The downhill was furious.
There is a drag brake on the handlebar I hang on to for a period. it's given to the Stoker as a gesture to offer a degree of importance. Today as I utilize the gift I was in danger of jankers. 'That brake should never have been signed off' screams the Captain. I peddle on silently chastised.
We join the A49 at Church Stretton and blow on into Shrewsbury to end destination in rapid fashion.
90 miles and 5500 ft climbing today - with what looks like a good forecast we hope to be in Preston tommorrow night
Over and Out - Single Captain ( 8 days) and Stoker. 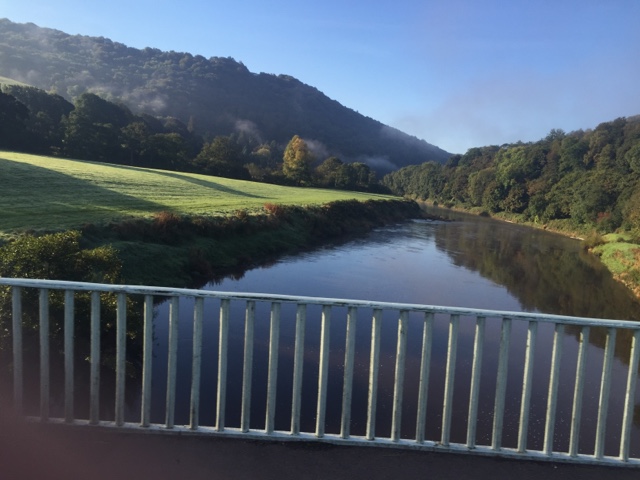 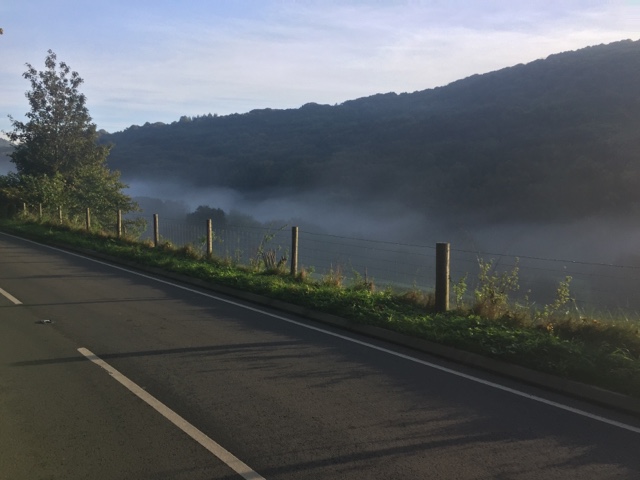 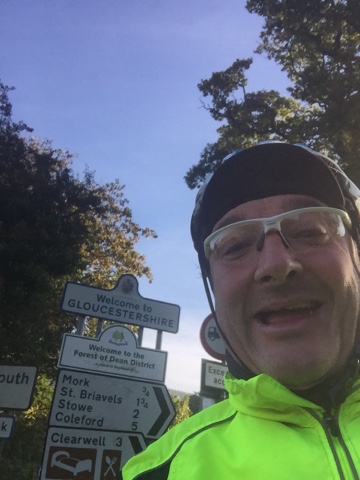 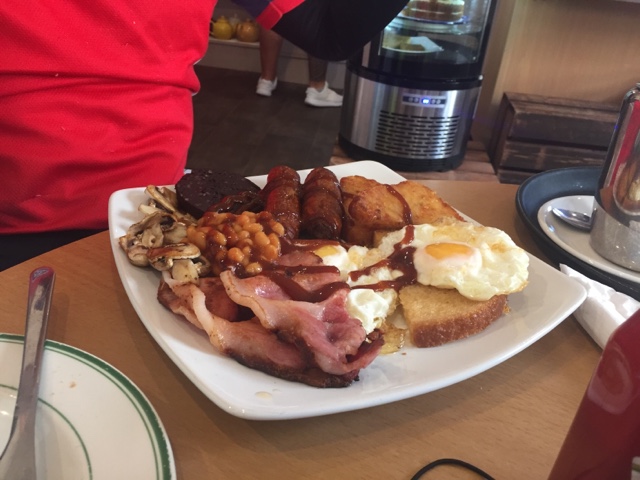 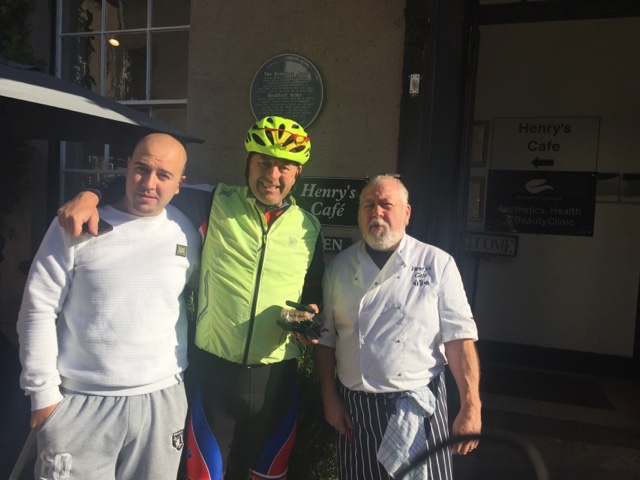 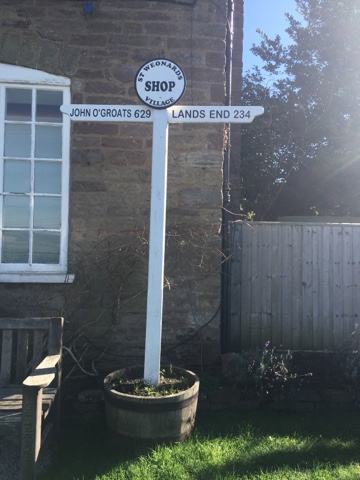 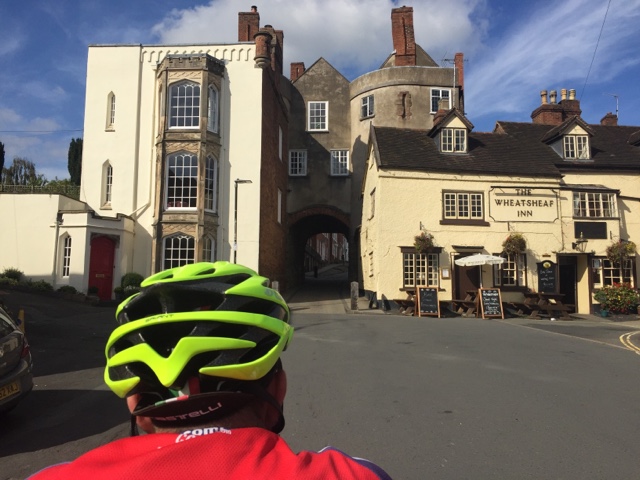 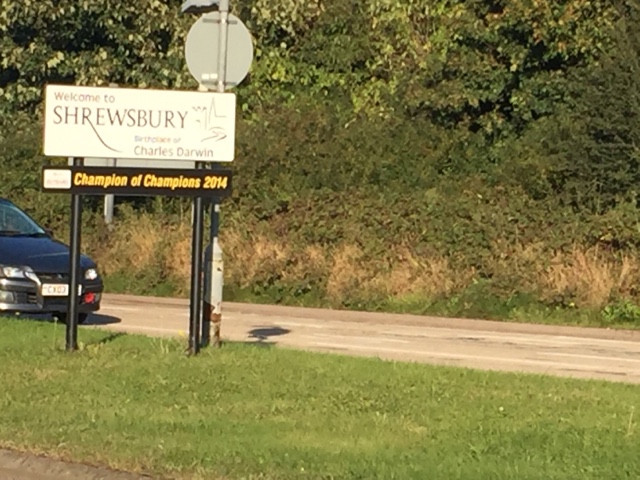