We were thrilled with last night's digs. The captain tucks into a plate size Yorkshire pudding filled up with beef casserole. He still insists on extra bread and butter from mine host. Mine host explains it will be enough without the bread and butter. The captain explains it won't be and in true form he demolishes the lot. The residence is in the middle of nowhere and the description quirky would be a trivailisation. The  proprietor reminds us very much of Basil Fawlty. He took a shine to us and was the perfect host but we were aware that it wouldn't be ideal to have been on the wrong end of the potential wrath.  It's noticeable how sparce the traffic is and lying in bed the sound of silence is invaded very occasionally by a passing vehicle. It offers a feeling of achievement as we head from the hustle and bustle of the South.
Up and away at 8am we head along the loch to Inverray - we have a slight headwind but cope with it as we have been blessed for the last week.
Our bladders have  synced during the week and at the first point of relief as usual I dismount to the hedge for privicy. The captain prefers to dangle  his weapon out and relieve himself on the kerb. Always with a chuckle he pulls the bike forward in the hope that I stand in his urine before getting back on. Aware of his mischief once again I mount from the other side I proceed again unscathed.
Think we have got the nutrition right this week and our many weeks as a touring team have taught us what suits best. Inverray and into the Co Op for some running fuel for a roadside lunch. We park up on a bench next to the Costalot Coffee machine with our sustenance in bag like a couple of vagrants - we could sit in the warmth all day and another 75 miles at this point in the day feels daunting.
We make the effort and away! As we turn for an Alpine type climb through a pass to the A85 followed by a fabulous downhill the wind is once again offering its loving hand.
' It's was The Hen night last night' the captain informs me. 'Glad Im cycling - Corner Cupboard would have been echoing the sound of squealing hyenas' I agree that his synopsis would be more that accurate.
We push on to Connell Bridge where we stop on a bench for the fill. We have no hand wipes and on that basis Pringles are a must for the nibbles - as always diving our hands into the same crisp packet is a no goer with  frequent manhood handling roadside piss stops.
Again that feeling of well being is in abundance. 'Loch hopping' as I name it on a pushbike is a life memory. We are surrounded by an unspoilt vista. Its Saturday and the A82 and the A85 are like country lanes.
The tandem as always offers happiness to the onlooker We ride along encouraged by peeping horns and flashing lights all offering approval of our venture despite the flag of St George flying both proud and brazen.
The loch hopping continues and as we approach the outer limits of Fort William The captain informs me that he had visited Fort William a few times before. 'I brought Lorraine here, I look after her Spall'  -  'I know you do' I reply.  - 'She doesn't know where her breads buttered? ' he returns. I agree with him offering the assurance that he is looking for even though saddle soreness is really my priority thinking.
It occurs to me that he is maybe giving his imenent union more thought than he would care to admit. We have kilts for the ceremony and because we had to pay extra for the awkward time scale the captain suggests we should wear them home on the plane in order to get the value. I have become more than use to the captains appetite to forage for value.
We are now settled in tonight's refuge - it's playing Garry Glitter songs and the clientele splattered around the bar tap their feet in approval of the musical choice. I am confused - but you get what you pay for I guess?
88 miles today and 4400 ft of climbing on the day - my sat nav reads less on elevation but I am told that as I am Stoker on the back when we climb a hill I am always lower????. Tommorrow will take us onward to north of Inverness somewhere near Dingle (TBC) where we will be one leg from Bettyhill, a town neglected by the rest of Scotland and battered by the North Sea.
Update tomorrow - The Gary Glitter fan club XX 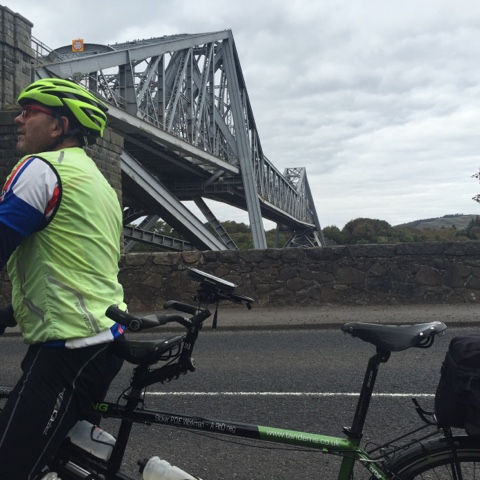 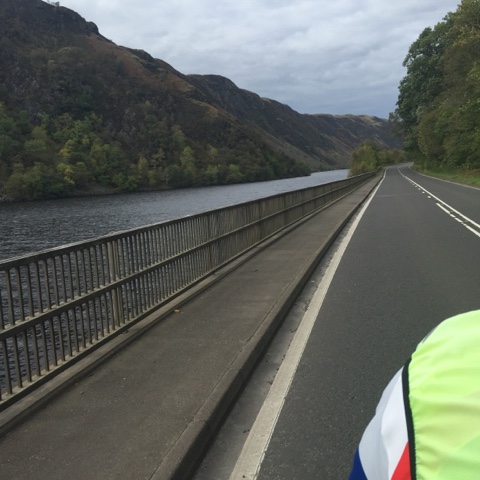 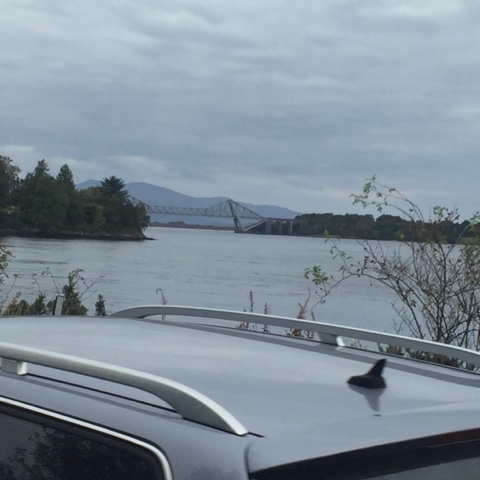 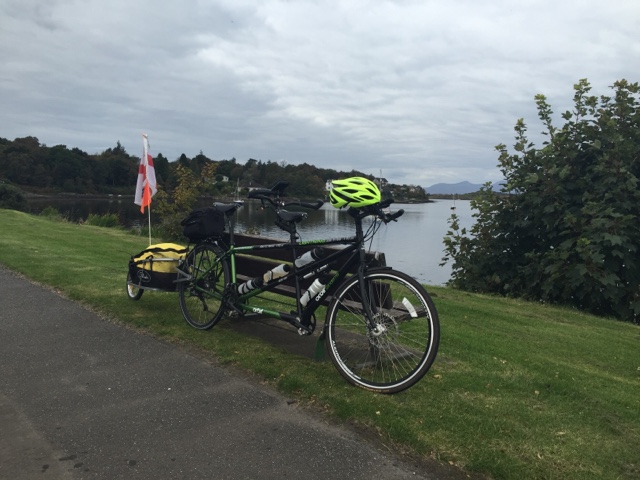 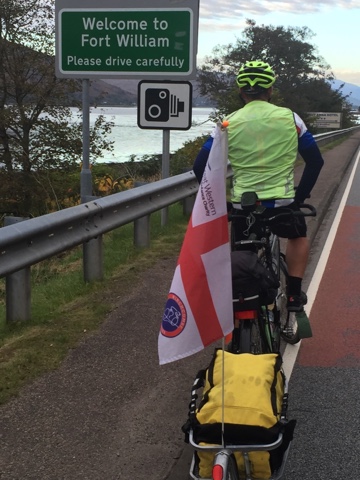 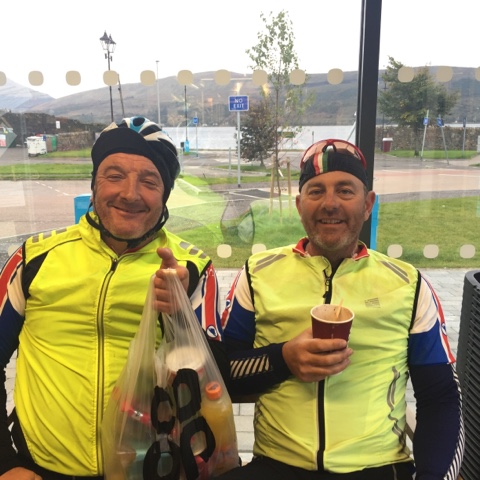